Donald Trump recently came out in favor of an old New York Police Department’s (NYPD) “stop-and-frisk” policy that allowed police officers to stop, question and frisk individuals for weapons or illegal items. This policy was under harsh criticism for racial profiling and was declared in violation of the constitution by a federal judge in 2013.

An earlier post by Krit Petrachainan showed a potential racial discrimination against African-Americans within different precincts. Expanding on this topic, we decided to look at data in 2014, one year after the policy had been reformed, but when major official policy changes had not yet taken place.

More specifically, this study examined whether race (Black or White) influenced the chance of being frisked after being stopped in NYC in 2014 after taking physical appearance, population distribution among different race suspect, and suspected crime types into account.

2014 Data From NYPD and Study Results

For this study, we used the 2014 Stop, Question and Frisked dataset retrieved from the city of New York Police Department. After data cleaning, the final dataset has 22054 observations. To address our research question, we built a logistic regression model and ran a drop-in-deviance test to determine the importance of Race variable in our model.

Our results suggest that after the suspect is stopped, race does not significantly influence the chance of being frisked in NYC in 2014. A drop-in-deviance tests after creating a logistic regression model predicting the likelihood of being frisked gave a G-statistic of 8.99, and corresponding p-value of 0.061. This marginally significant p-value shows we do not have enough evidence to conclude that adding terms associated with Race improves the predictive power of the model. 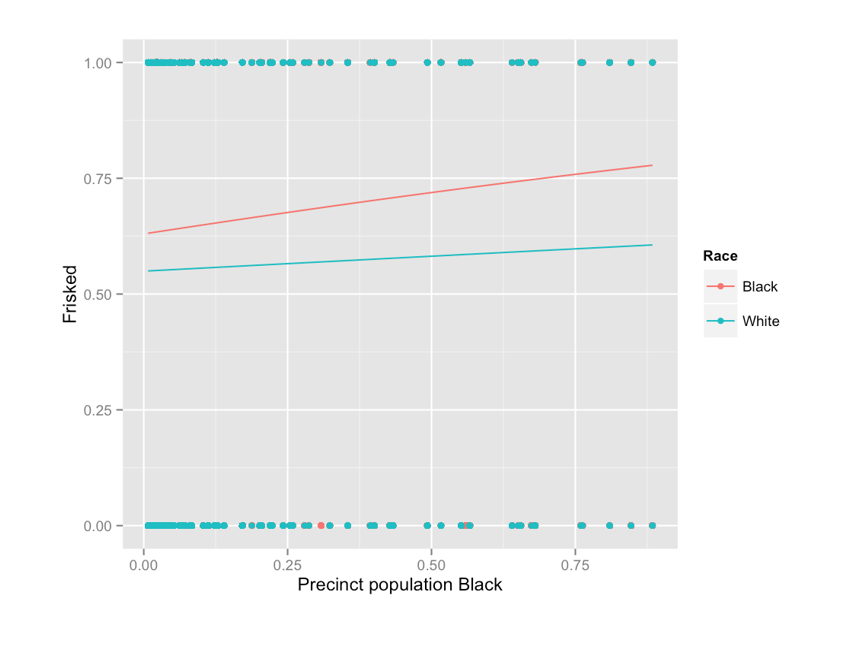 To better visualize the relationship in interactions between race and other variables, we created logistic regression plots predicting the probability of being frisked from either Black Pop or Age, and bar charts comparing proportion of suspects frisked across sex and race.

Additionally, young Black suspects are much more likely than their White counterparts to be frisked, given that they are stopped. This difference diminishes as suspect age increases (Figure 2). 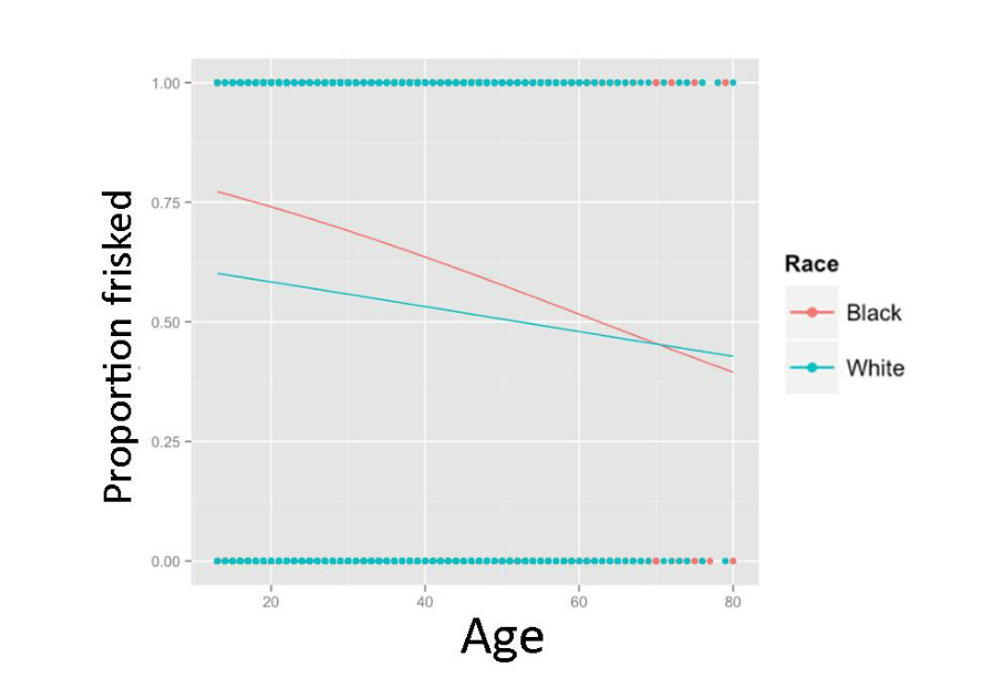 Finally, male suspects are much more likely to be frisked than females, given they are stopped (Figure 3). However, the bar charts indicate that the effect of race on the probability of being frisked does not depend on gender. 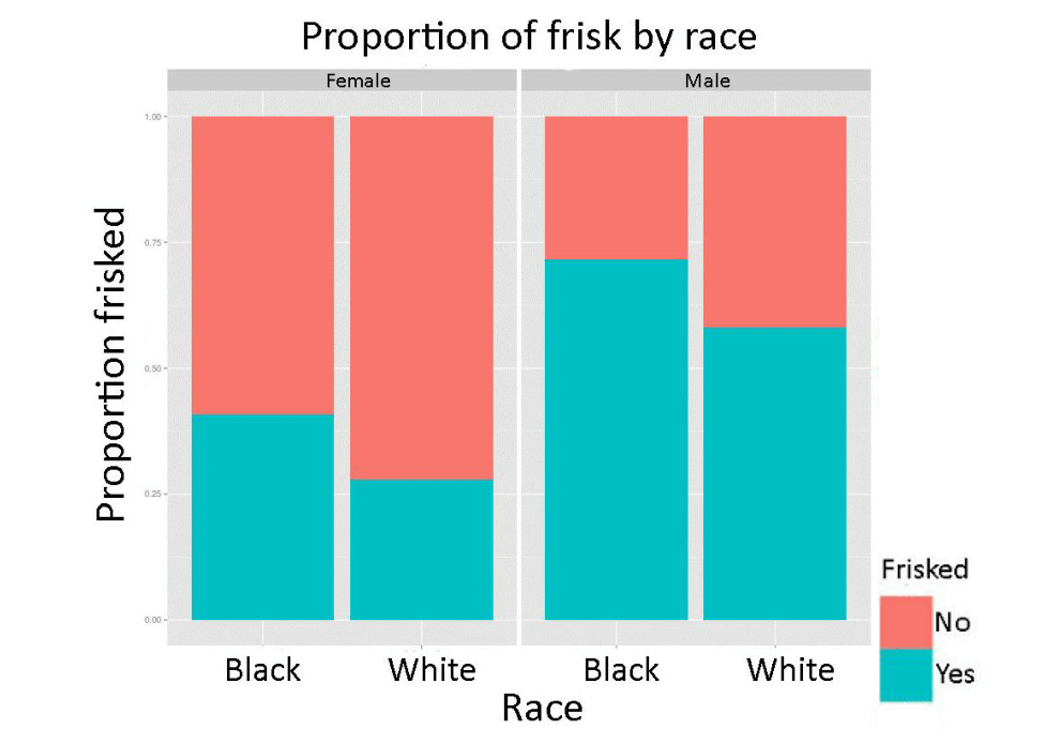 Is stop-and-frisk prone to racial bias?

Our results suggest that given that the suspect is stopped, after taking other external factors into account, race does not significantly influence the chance of being frisked in NYC in 2014. However, after looking at relationships between race and precinct population Black, age, and sex, there is a possibility that the NYPD “stop-and-frisk” practices are prone to racism, posing threat to minority citizens in NYC. It is crucial that the NYPD continue to evaluate its “stop-and-frisk” policy and make appropriate changes to the policy and/or police officer training in order to prevent racial profiling at any level of investigation.

Check out the 2016 USCLAP Winners here.