The New York Times found that more men named John are C.E.O.s than all female C.E.O.s combined. They also explore the breakdown of gender in Congress.

UN’s Global Pulse has a great map showing the number of tweets about various topics—including gender inequality, education, and discrimination. It’s a great way to look at global opinion on many issues.

The Food and Agriculture Organization of the United Nations put together an interactive map of various statistics from the Gender Landrights Database. The link here will show you the percent of female agricultural holders in various countries.

Finally, at DASIL we have several visualizations that point to other factors of gender inequality. Two striking ones are Mean Income by Age, Race, and Gender, and Hourly Wages by Education and Gender. Each of these interactive graphs will let you select which combinations of variables you’d like to compare. 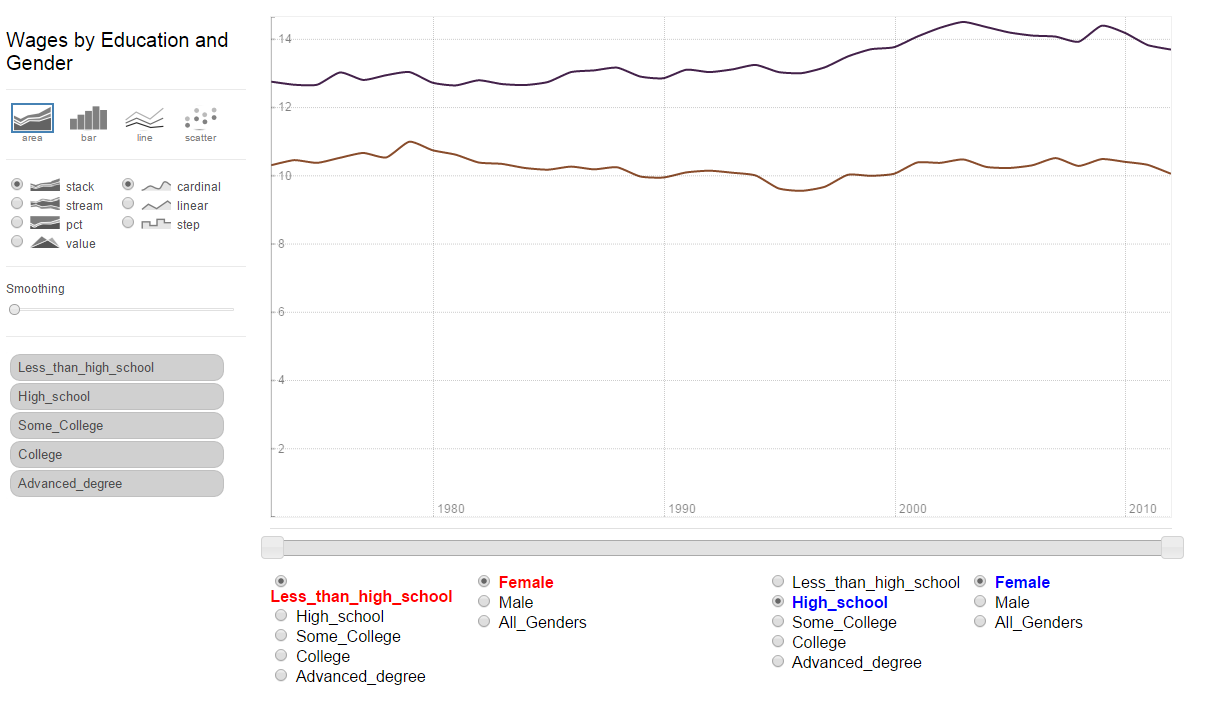