Every month, the Bureau of Labor Statistics releases information about the US job market in the Current Population Survey (CPS).  Out of the extensive information and data in the report, the media highlights one, and typically only one, piece of information: the ‘average’ unemployment rate for the country.  This single number is then used to draw conclusions about the state and health of the US economy.

This single number, though, masks considerable diversity in the economic condition of individuals and the economic activity in different areas of the country.  These differences can be understood through some simple and straightforward data visualization graphs that DASIL has put together.  In my Introduction to Economics class, I ask students to spend some time familiarizing themselves with the CPS and the associated graphics produced by DASIL to consider the employment outcomes of different groups of individuals.

The interactive graphic created by DASIL displays the unemployment rate over time of individuals with different demographic characteristics.  The graphic focuses on unemployment rates conditioned on race (all race, white, black, Hispanic or other), gender (male or female), age (all age, 15-24, 25-44, 45 and over), and education (all education, no high school, high school, college).  Using the interactive buttons on the website, students can explore how the unemployment rate varies across these different groups. Students will learn, for example, that: 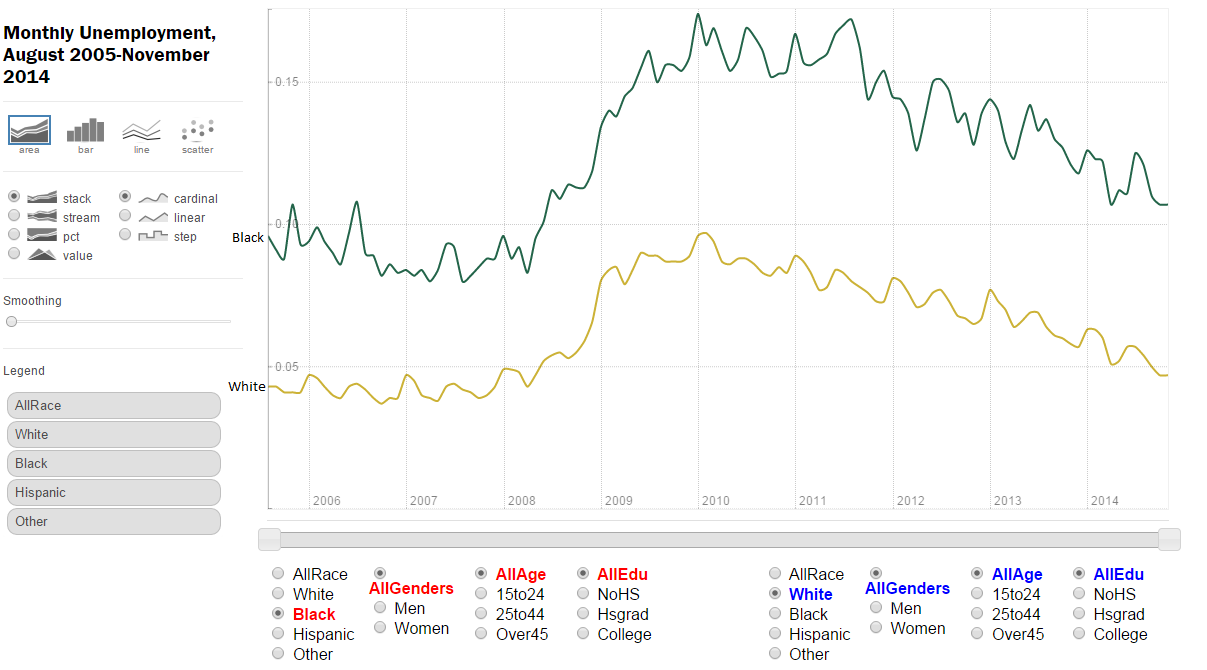 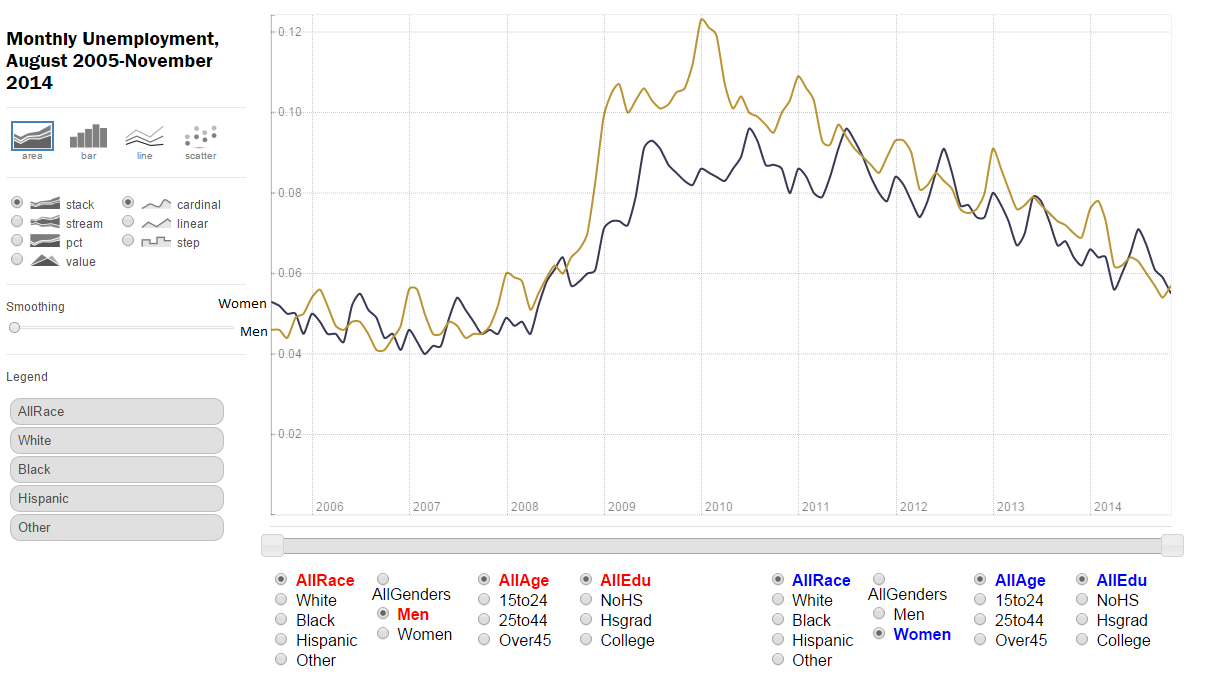 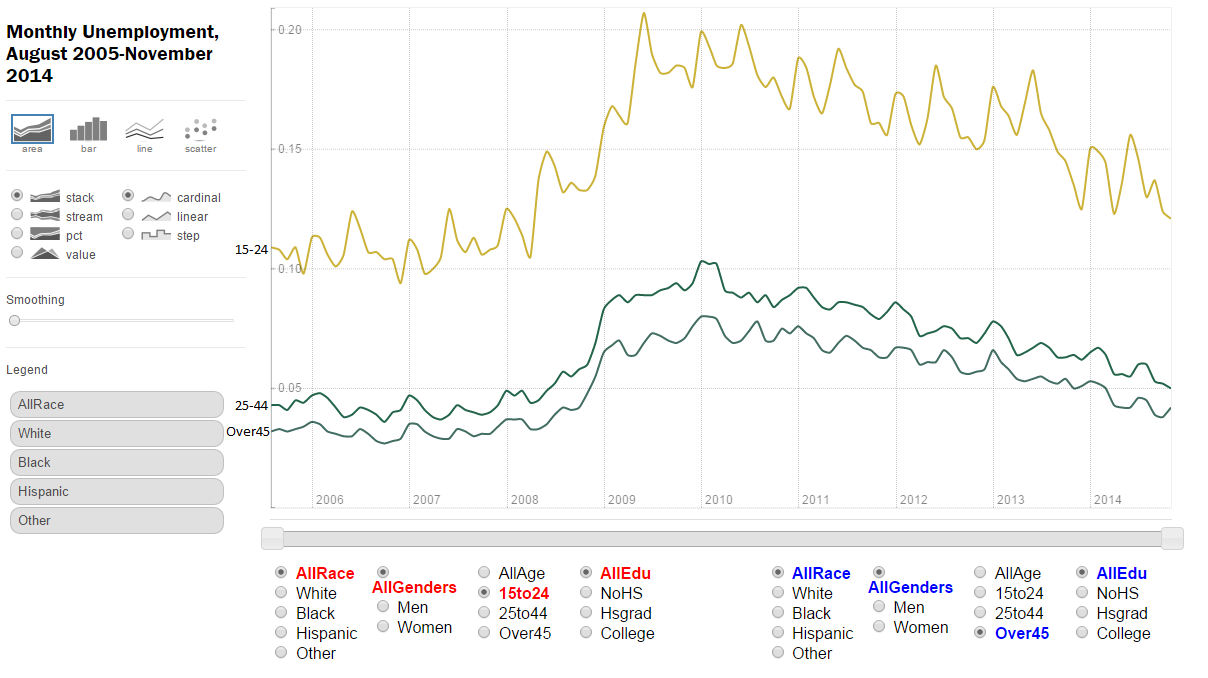 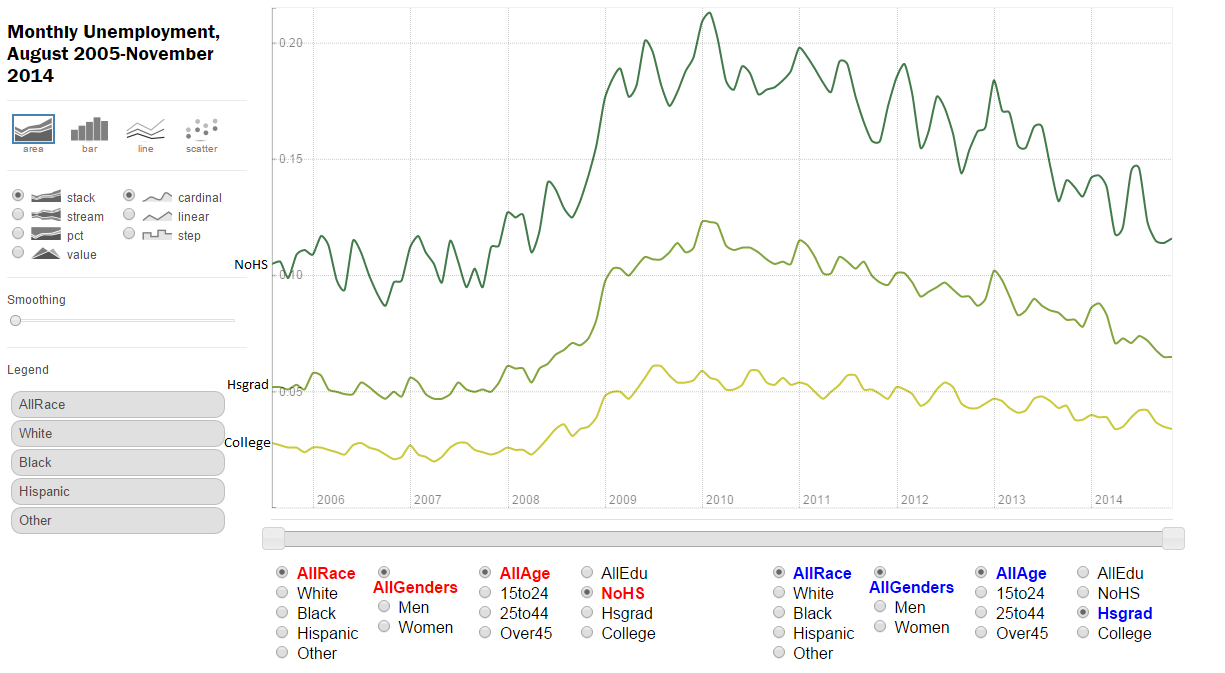 Using the interactive graphic from DASIL allows students to see that (i) unemployment rates vary across individuals with different characteristics and (ii) these differences can be dramatic (frequently an order to magnitude or more different).  These important differences, then, raise fundamental questions about the labor market and the economy at large.  For example, do these differences represent gender and racial discrimination or simply different skill and labor productivity of workers?  Or, if younger individuals have higher unemployment rates, has this had impacts on other social trends such as the age at which individuals marry or purchase a home?  Finally, why are the returns to education so dramatic, and have they changed over time?  With these questions in mind, the class then develops economic theory and models to investigate possible solutions.  The data visualization tool therefore serves as an important link between empirical models and economic theory at the introductory level in Economics.