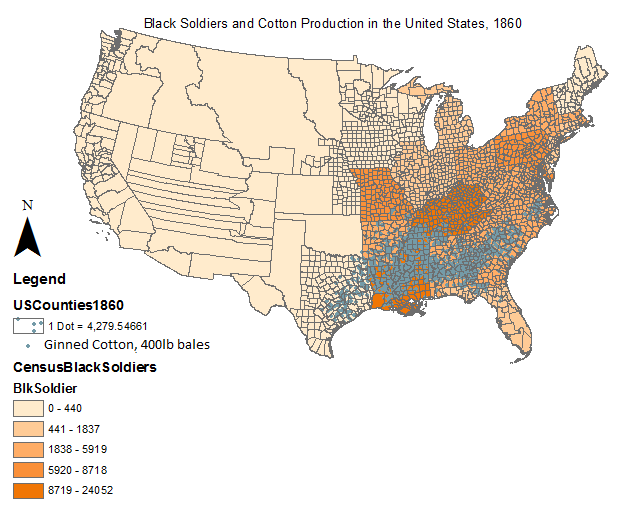 Students were able to be introduced to ArcGIS and to create maps comparing the rate of enlistment to cotton production by county and to the total population of each state.  The students loved getting to work with spatial data and to learn so quickly how to create a map to visualize data.  Several students commented that they hoped to learn more GIS in the future, and all of them came away much better prepared to understand geographical analysis.