Using Cartograms as a Visualization Tool: An Interactive Tool for Exploring Fertility Rates

Cartogram of the world based on population size.

Cartograms are spatial depictions that rely on quantitative attributes other than area to size their units. The most common cartograms show the world, and distort it by population or by wealth, but any geographic entity can be transformed into a cartogram. Because they force us to view the map in unfamiliar ways, cartograms provide dramatic visual portrayals of geographic, political, and socio-economic relationships. A look at a cartogram of the world based on population (above) quickly shows the potentially dominant places of India and China in Asia with respect to Russia and the significance of Korea and Japan as well.

Quite a different picture is presented by the world sized by Gross Domestic Product (GDP).  Here the U.S. and Europe dominate.  China is still large,Russia is still small, and the importance of Korea and Japan is still evident. 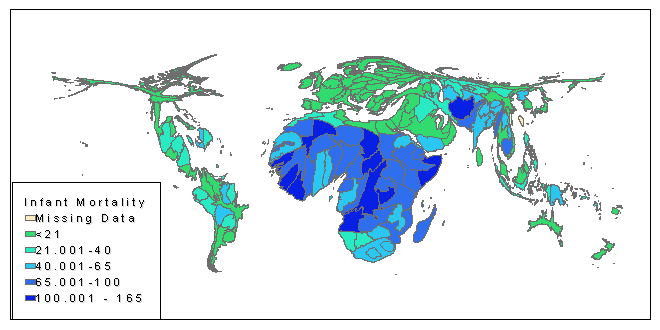 Contrast these views of the world with that provided by the above cartogram which shows the countries of the world sized in proportion to fertility rate.  Here Africa and Central America dominate, while the U.S. and Canada seem insignificant. By simultaneously displaying other variables on a cartogram, we can start coming to initial hypotheses about the relationships between  variables.  Above we can see that infant mortality rates do, to some extent  seem to co-vary with high fertility rates and both high fertility and high infant mortality also cluster in certain areas of the world, rather than being dispersed throughout it. 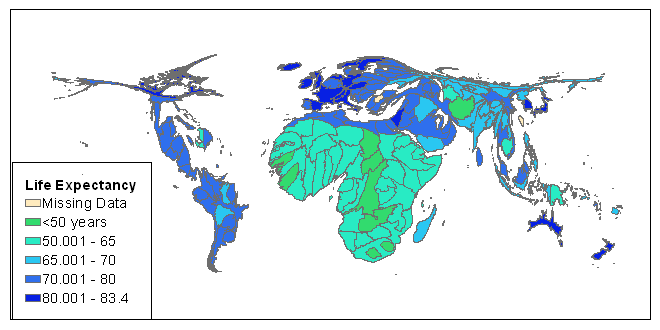 Low life expectancy displays a pattern similar, but not identical to, high infant mortality. The cartogram shows us that some areas with fairly long life expectancies also have high fertility rates.

The strongest relationship with high fertility rates  may be with low per capita GDP.

If you would like to examine these relationships and others yourself, please explore our interactive visualizations.  The cartogram of fertility will allow you  to change the second variable you are viewing, if you follow the instructions below. 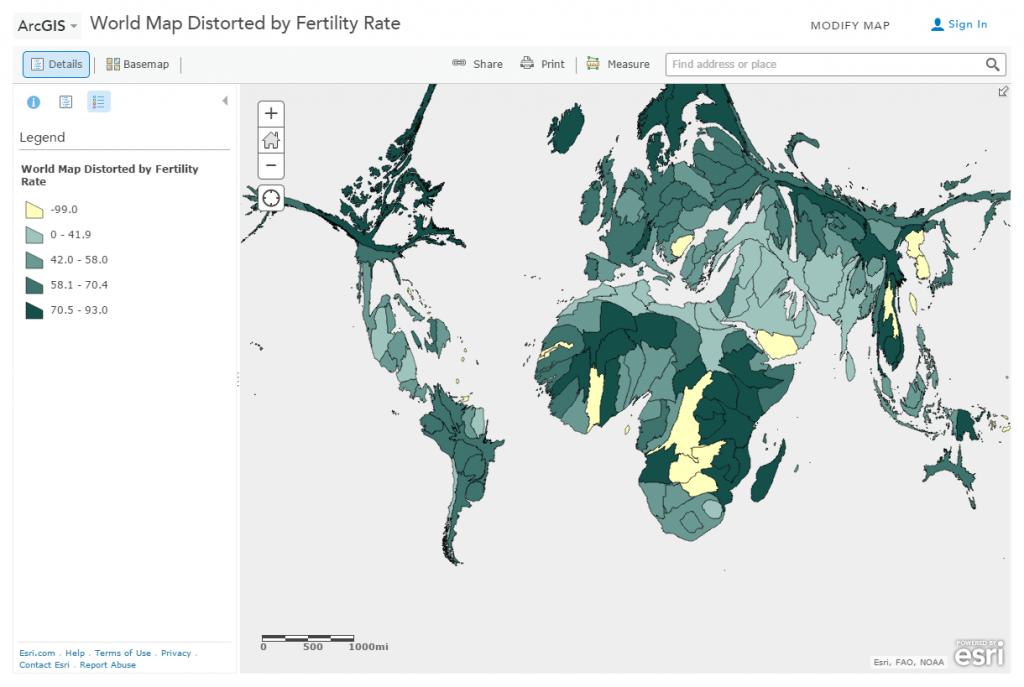 DASIL visualization you can play with. The current version displays the percentage of women in the labor force on a cartogram sized by fertility rate.

The current view examines the proportion of women in the labor force.  To examine other indicators: