Thanksgiving by the Numbers 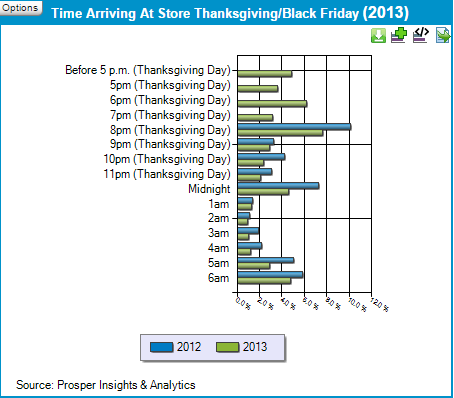 Today, our blog post is brought to you by the staff of DASIL, including our peer mentors, programmers, and our Iowa History Project team. Enjoy some food for thought as you digest your Thanksgiving meal. 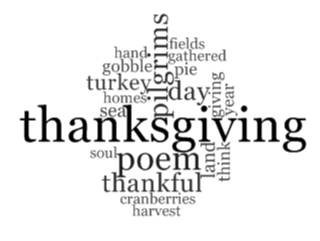 2.  How many miles will your turkey travel from the farm to your table? Likely, an average of 1,500 miles.– Toby Baratta, Student

3.  It is projected that the highest percentage of e-commerce purchases made on smartphones will occur on Thanksgiving day. Based on retail website visits since 2008, Adobe predicts 31% of e-commerce transactions made on Thanksgiving Day will be made from smartphones (presumably sneakily during family gatherings), as opposed to the projected 26% of purchases on Black Friday and 20% of purchases on Cyber Monday.– Juli Toia, Student

Will you be shopping today, or will you be waiting for Black Friday or Cyber Monday?– Sara Sanders, DASIL Post-Baccalaureate Fellow

Shopping on Thanksgiving Day over the Years. From National Retail Federation.

5.  On average, Americans eat 245 Statues of Liberties worth of green bean casserole, 6,800 football fields worth of corn and 2,700 swimming pools worth of mashed potatoes on Thanksgiving.– Juli Toia, Student

8.  In 2013, more than 240.0 million turkeys were raised. More than 200 million were consumed in the United States. We estimate that 46 million of those turkeys were eaten at Thanksgiving, 22 million at Christmas and 19 million at Easter. Nearly 88 percent of Americans surveyed by the National Turkey Federation eat turkey at Thanksgiving.– Peter Bautz, Student

* We are very interested in data visualization at DASIL. Please note that the “Holiday Shoppers who Shopped on Thanksgiving Day” visualization from the National Retail Federation is misleading due to the sizing of the pumpkins. It is an interesting visualization, but the size increases have no relationship to the percentage increases.